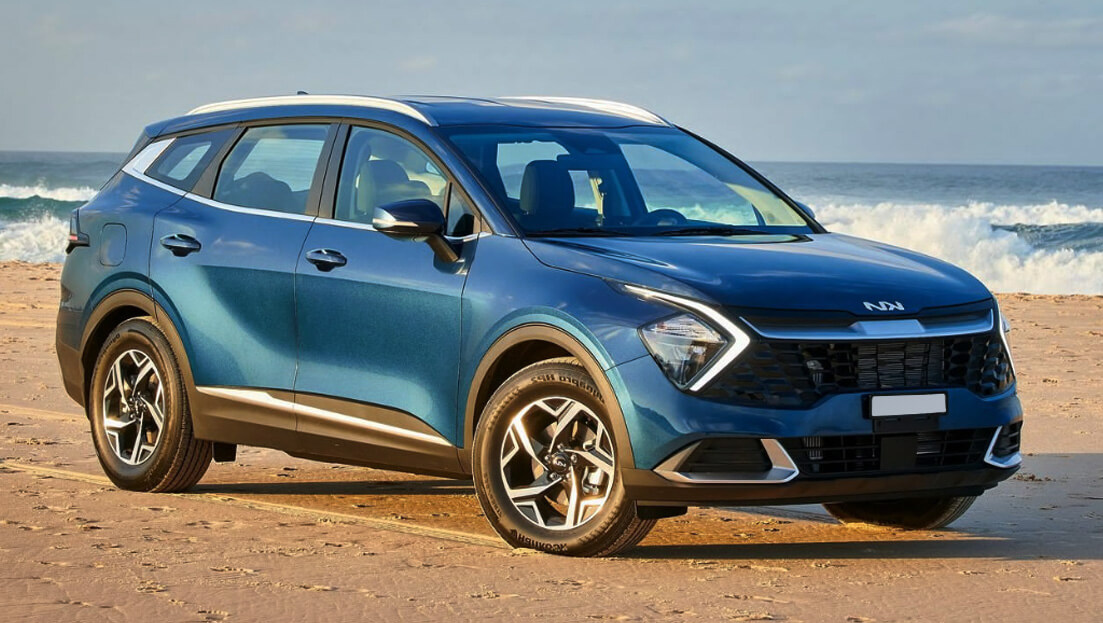 Compare Mazda CX 60 vs Kia Sportage – The CX-60 and the Sportage are two of the most popular crossover SUVs on the market. They offer a variety of features that make them appealing to different buyers, but which one is better?

The Mazda CX-60 offers more fuel economy, which can be especially important in a crossover SUV. It also has better crash ratings than the Kia Sportage.

However, the Sportage comes with larger engines and nicer features such as leather seats and an impressive sound system.

Ultimately, it depends on what you are looking for in a crossover SUV and which one is best suited to your needs.

Mazda has unveiled ambitious plans to launch a variety of new vehicles between now and 2030 to complement the brand’s sole current electric offering, the MX-30.

Mazda will, however, embark on a journey of electrification through plug-in hybrid technology before then, which will coincide with the introduction of a new SUV lineup. The first of these models to arrive in the USA will be the Mazda CX-60.

The new SUV will hit the ground running in the United States with a naturally aspirated four-cylinder petrol engine by year-end, and a brand-first plug-in hybrid likely in the early stages of 2023.

The CX-60 will be offered with a mix of six-cylinder petrol and diesel engines at some point. During the global launch of the Mazda CX-60 Plug-in Hybrid (PHEV), we were able to get behind the wheel and see if it was any good.

With its outgoing design, the Kia Sportage distinguishes itself from the competition of compact crossovers in 2023. A pair of unusual headlights and a unique grille design characterize Kia’s unconventional face.

It also has more cargo space and a roomier interior than before, thanks to its bolder bodywork. The interior of the new Sportage is stunning, with a large dash-mounted display as well as a wealth of technological features.

A 187-hp four-cylinder, a 226-hp hybrid powertrain, or a larger plug-in hybrid version with a predicted electric range of 32 miles are all options for motivation.

The 2023 Sportage shows that it has more to offer than just a wild appearance, competing with category stalwarts such as the Mazda CX-5 and Honda CR-V.

The Kia Sportage is priced at $32,445 and the Mazda CX 60 is priced at almost $40,000. Both cars are priced competitively and both cars have special offers that make them affordable to the average family looking for an affordable midsize SUV.

The e-Skyactiv PHEV generates more than 60 kilometers of electric vehicle driving range thanks to a 2.5-liter, four-cylinder direct-injection petrol engine, a 100kW electric motor, and a 17.8kWh lithium-ion battery.

All of the power is supplied by an eight-speed automatic gearbox with a multi-plate wet clutch, which replaces the torque converter and improves fuel economy.

When you’re in EV mode, it also turns off to a certain extent. Mazda engineers were hesitant to describe how it operates, saying merely that it utilizes “some” of those eight speeds in EV mode, but not all of them.

All Sportage diesel models are equipped with all-wheel drive as standard, and the transmission is an eight-speed automatic.

Ultimately, if fuel economy is a major concern for you, then we would recommend checking out the Kia Sportage.

However, if you’re looking for a car that handles well and has tons of torque and horsepower, then the Mazda CX-60 should definitely be at the top of your list.

Despite being two different models, both cars have pretty similar interiors. Both come with a sleek and luxurious design with features like leather seats, an automatic climate control system, and a sound system that is very good quality for the price you’re paying.

The only difference between the interior designs of the CX-60 and Sportage is that the Sportage has sportier-looking materials such as aluminum alloy instead of wood in some places. However, overall they are both beautiful cars to drive around in. Summary

In the end, it really comes down to personal preference as to which car is better. Both cars have their own strengths and weaknesses, but in the end, you will just have to decide which one suits your needs best.

Both cars have great infotainment and connectivity systems, but the Kia Sportage comes with a few extra features that the Mazda CX-60 doesn’t.

For example, the Kia Sportage has an app that you can use to control various settings in the car, while the Mazda CX-60 doesn’t have this feature.

Both cars have great safety features, but the Kia Sportage has an extra layer of safety in the form of Hill-start Assist which assists you when starting uphill.

Overall, both cars are very safe and we wouldn’t recommend anything else. When it comes to performance, the Mazda CX-60 definitely beats the Kia Sportage.

So, in the end, it really comes down to personal preference as to which car is better. Both cars have their own strengths and weaknesses, but in the end, you will just have to decide which one suits your needs best.

With some terrific features, great design, and a lot of space and road presence, Mazda’s debut foray into the premium segment appears to be a hit.

It has a clearly impressive power plant, which is driven in its sportiest mode. When you try to drive the car in EV mode only, I’ll have to reserve my judgment on the PHEV system and how heavy the car feels (it weighs just over two tonnes).

Despite the fact that the new Sportage has improved Kia’s game, especially in this price range. It has a lot of padding, technology, and safety capabilities, which makes it difficult to beat when it comes to price.

That it provides such a compelling driving experience is a plus, and a tribute to the local team. The new Sportage may just be the new dynamic pick of the segment, alongside Lookout Mazda CX-5 and Toyota RAV4.

Auto Car Comparison is an Automotive site that reviews various information related to Automotive or compares one vehicle to another.